Well, it's Thursday 30 August. My gosh, doesn't time fly. It wasn't too long ago I was doing something that was a few months ago.

Today is unlike no other, except that it's a day that celebrates the diversity of a certain wine variety. A variety that perhaps I haven't given enough credit to. Indeed, it is Cabernet Day. And what better way to spend it blogging, glass of Cab Sav in hand, shoes off and music on. Elton John, to be precise.


If I'm to be completely Frank, I've never been a big fan of Cab Sav. I've always found it 'too much' - too big in tannins, too phenolic, leaving an after-mouthfeel, like I've been chewing cotton for the past week, that makes me want to down a glass of mineral water and gargle madly.

Don't get me wrong. There are traits to Cab Sav that I do like - red fruit, cedar and even that hint of eucalyptus. Smashing. Riveting. But even with all these good qualities, Cab Sav has never been my wine of choice.

But after tasting today's vino, I suspect that's all about to change. 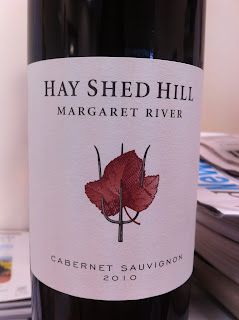 So what is it about this wine that makes me want to get a bit naked? (Too much?)

Well, according to the tasting notes on the Hay Shed website, it's all to do with the vintage.

The 2010 vintage in Margaret River was in two distinct phases. Early in the season it was warm to hot and very dry. The fruit was scrupulously clean due to the lack of spring rain, making bright, clean and very fruit expressive wines. 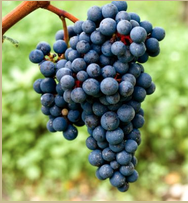 While the height of summer was quite warm the season broke very quickly with temperatures dropping dramatically in late March proving beneficial as it allowed more time on the vine for the red varieties and prevented excessive sugar build up in the grapes which has moderated alcohol in the final wines.

And, of course, the winemaking.

The wine was matured in French oak barrels for 13 months allowing integration of fine oak and development of the soft ripe tannin.

Interesting, indeed. I'm yet to travel to Margaret River but it is definitely high on the to-do list, along with a whole bunch of other vino regions. But in the meantime, this vino is more than enough to suffice.