"Chateau chunder from Down Under." What a hideous way to describe Australian wine. Fortunately, that's all in the past, according to writer and director Stephen Oliver.

He's getting ready to debut his latest film, Chateau Chunder: a wine revolution - a doco that seeks to explore the history and evolution of Australian wine, from an unfashionable backwater to the toast of the international wine world.

The film will be launched for the first time at Cinefest Oz Festival, with screenings taking place in Margaret River and Busselton from 22-26 August.

The trailer can now be viewed online. Check it out:

The film is expected to screen on ABC and BBC sometime next month. Keep an ear out for dates.

Ps. A short update from the pooch. She is very well, minus the fact that she's developed this tedious habit of digging after it's been raining. Each day, after she comes inside, I have to clean her paws with warm water and doggy soap to clean away the mud. That's four paws, you know. Four. Big. Muddy. Paws. 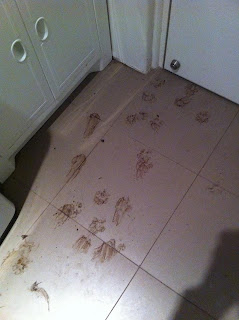 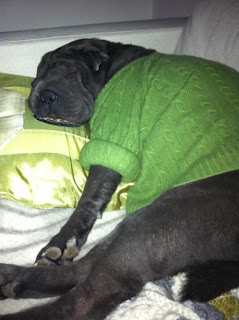