One my first projects as a journo at the Grapegrower & Winemaker was to drive to the Barossa and interview a grapegrower, who had uniquely come up with a way to train his vines in the shape of a corkscrew. The idea was that the training system would allow for an open canopy, reducing the risk of humidity and therefore disease. You can find out more about this here. 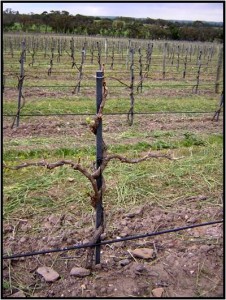 My boss warned me that he was somewhat on the quirky side. Quirky, indeed, he was, but in the most refreshing way; he's the kind of quirky that resonates when you're super passionate and keen to share your wine knowledge with everyone around you.

His name is Wayne Elson and he's the grapegrower and winemaker at Roenfeldt Hill Wines, north-west of the Barossa Valley.

I caught up Mr Elson a couple of weeks ago. He's just made two rosés: Alinta and Alinta dry. I was lucky enough to have a taste. The rosés, like his corkscrew method, are truly unique in that they're made from 50 per cent Grenache and 50 per cent Zinfandel - both of which were hand-picked.

"It's probably Australia's first ever rosé made from this blend," says Mr Elson, who will be spearheading a promotional campaign of the wines from next month under the banner 'delightfully different'.

"It's probably deemed in the past that you make a rosé from a single variety, but why does that need to be?"

Why indeed, especially when it tastes this good: satsuma plum, strawberry, a touch of tannin and a little pepper, allowing for a savoury complexity - possibly achieved by way of cofermentation of the two varieties, something he says was a real punt. 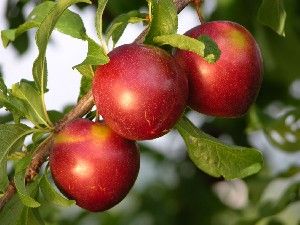 "When you're a small player, unless you do things differently, you'll never succeed," he says.

Mr Elson says both wines would taste amazing with steak, lamb and sausages, or with pasta and seafood.

My favourite was the Alinta. But, while I've never been one to go for the low-carb option, I gotta say the Alinta dry was pretty well on par with the Alinta. Both are truly memorable wines that boast a real 'wow' factor.

The vinos will be available from next month from particular retail outlets and restaurants. 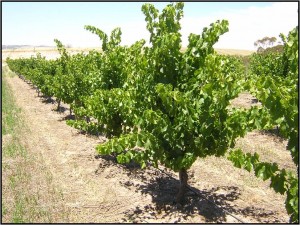